Learn about a hidden 19th-century photography studio worth thousands. 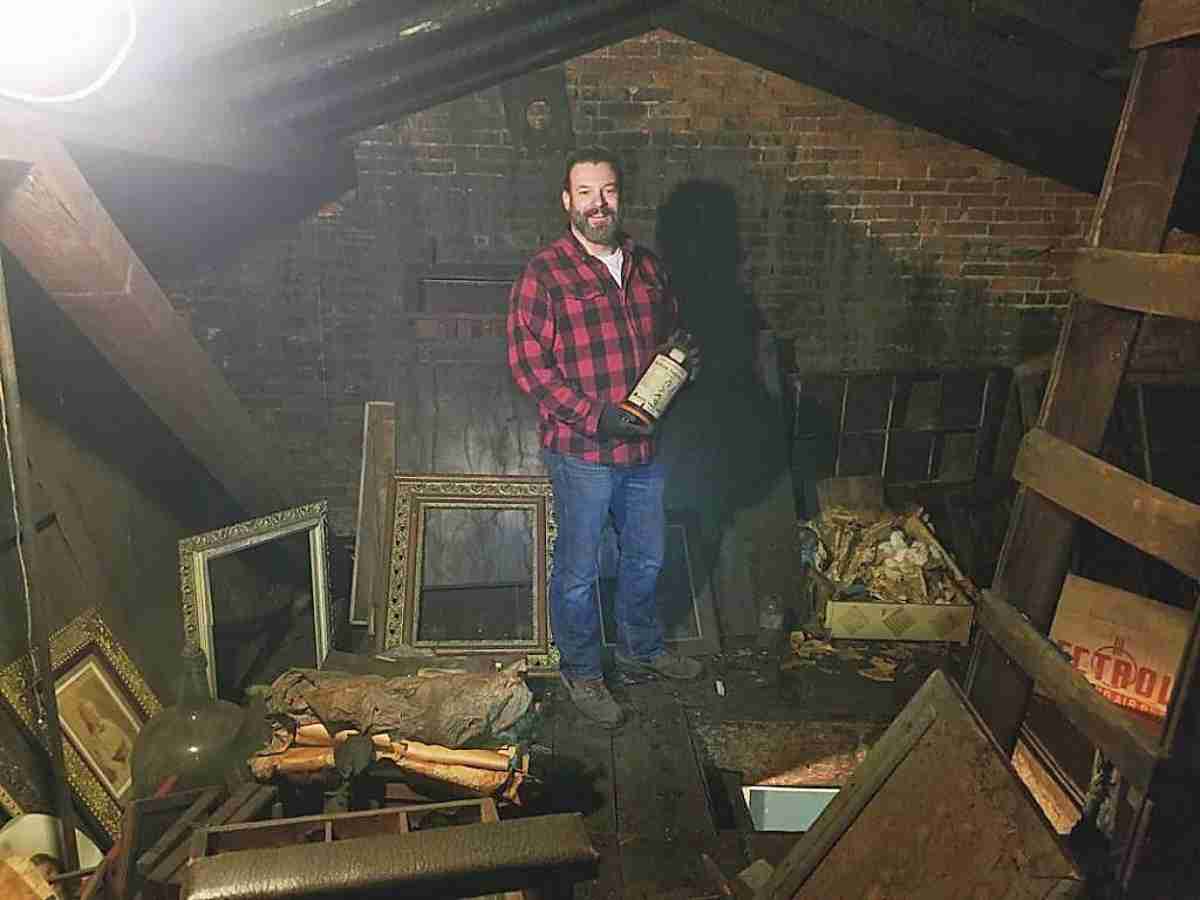 A lawyer in Geneva, New York, stumbled upon a hidden treasure in the attic of a building he bought in late 2020: the 19th-century photography studio of JE Hale. The attic space was sealed and untouched for over a century, and its discovery sparked curiosity among antique collectors and historians.

David Whitcomb, the lawyer who found the studio, explained how he uncovered the hidden attic. During a house tour with a friend, he removed part of a crumbling drop ceiling on the third story. He described his reaction to CNN when he first saw the items inside:

“The first thing I saw was a whole bunch of picture frames stacked together, and these frames are gorgeous. They’re the turn-of-the-century, they’re gold, gilded, and they shone really bright, and I was like, ‘Oh my God.’ I lowered myself and said, ‘I think we just found the Goonies’ treasure.'”

Whitcomb contacted the previous owners of the building, who said they were unaware of the studio’s existence. He then reached out to Aaron Kirvan, an auctioneer from One Source Auctions, who recognized the value of the items and helped organize the sale. Kirvan said, “David walked into my antique shop and said he found a Susan B. Anthony photograph, wondered if we’d like to sell it, and then he said there was a lot more, and I’d have to come look. I got up there, and I instantly told him not to throw anything out. We treated it like a crime scene.”

The Life and Work of JE Hale

James Ellery Hale was a portrait photographer who operated in Geneva from 1892 to 1920. He was known for his skylight studio in the attic, which used natural light instead of electric lighting or flash. He also specialized in platinotypes.

A platinotype is a photographic print made using a printing process that involves platinum or palladium. This process is known for producing high-quality prints with rich gray tones and a matte finish. It was popular among photographers during the 19th and early 20th centuries because platinum and palladium are stable and create long-lasting prints. Platinotypes are also distinct for their aesthetic appeal and the lack of need for additional printing processes.

Hale was not only a commercial photographer but also a respected member of the suffrage community. He took photos of prominent suffragists such as Susan B. Anthony and Elizabeth Smith Miller. After JE Hale sold his photography studio in 1920, he moved to Michigan, where he passed away four years later. The attic where he had his skylight studio was apparently not used by the new owner, who simply sealed it up and left it untouched for over a century.

The Discovery and Sale of the Attic Studio

Whitcomb and Kirvan spent several months cataloging and identifying the items in the studio. Over 1,000 objects were found, including photographs, frames, camera equipment, and props. The collection was offered in a sale by One Source Auctions on September 18, 2021, with 350 lots in total. Unsurprisingly, the sale grossed over $70,000, with many of the top lots being images of Susan B. Anthony.

One of the most valuable items was a silver bromide photographic print of Anthony taken by Hale in November 1905, just four months before her death. The image was adopted as the official portrait of the Susan B. Anthony Memorial Association in 1906, and it was likely part of Hale’s personal collection. The print sold for $30,500, although it could have gone for more on a different day.

The sale also included a unique side profile of Anthony on a platinotype photographic print, which was the only known example of this image. It sold for $2,800 to a buyer in California.

To look back at the discovery process, check out the Facebook page where Whitcomb documented the adventure from start to finish.

Going to Estate Sales Helps This Collector Deal With Loss

The Meaning of Family Heirlooms: Connecting Past and Present

An Antique Oil Painting Pairs Nicely With a Curbside Sideboard

A Converted Sled Finds New Life as a Plant Stand

An Avid Collector Shares the Meaning Behind a Hearth Cricket