How to Reglaze a Window: A Beginner’s Journey

After a seven year delay, I finally followed a Youtube tutorial and reglazed my garage windows. Here's how it went.

My garage windows have needed to be reglazed since the day I moved in nearly eight years ago. Did I think I could actually reglaze a window? Nope. Did I end up doing it? Yep, almost a decade later, with the help of some positive self-talk and a compelling Youtube video that made it look effortless. I encourage you to click through and watch the tutorial to see what reglazing an antique window looks like when done by a professional. If you’re curious how it went for me, a full-fledged beginner, keep reading. 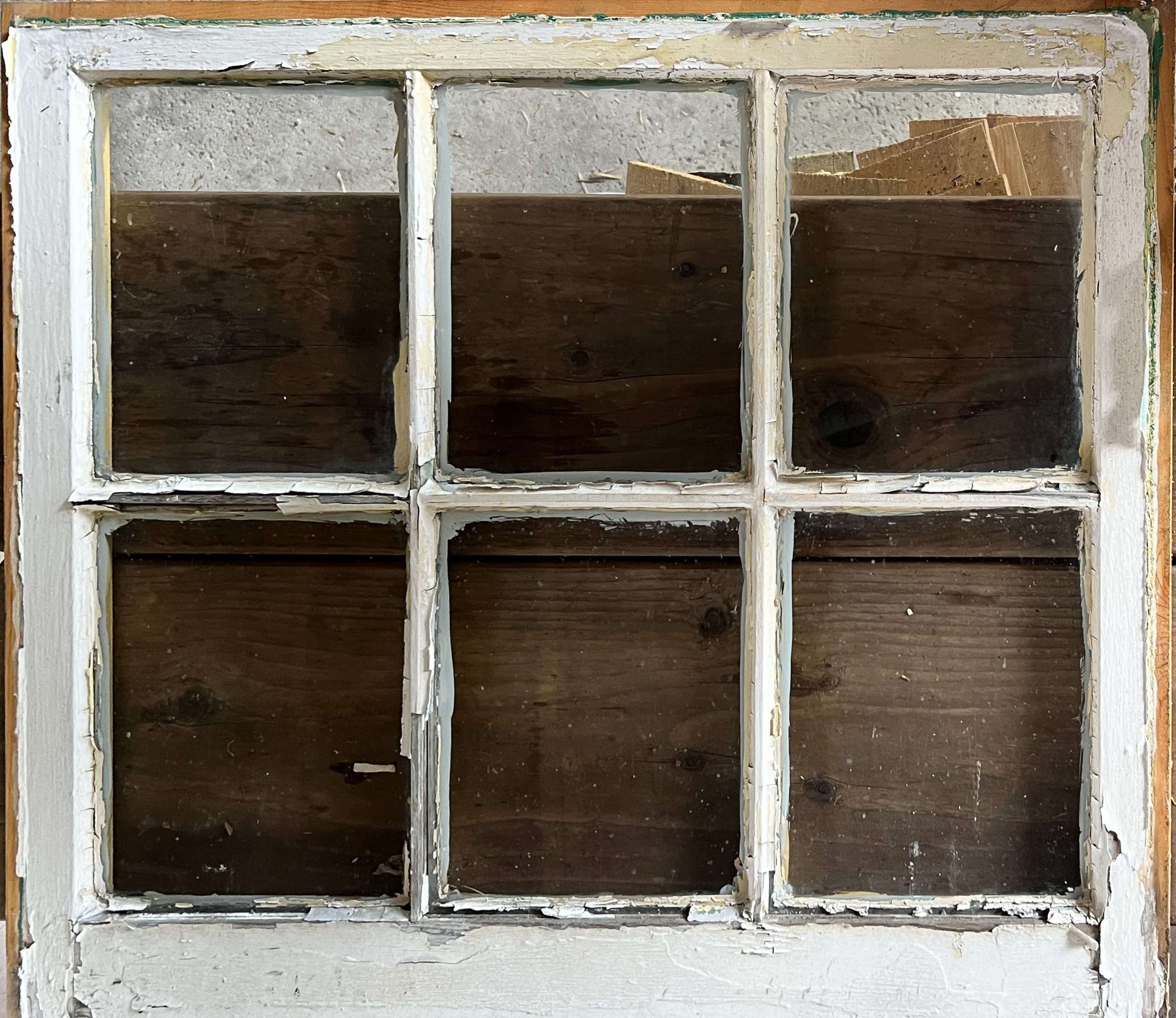 1. Remove as much old window putty as possible. 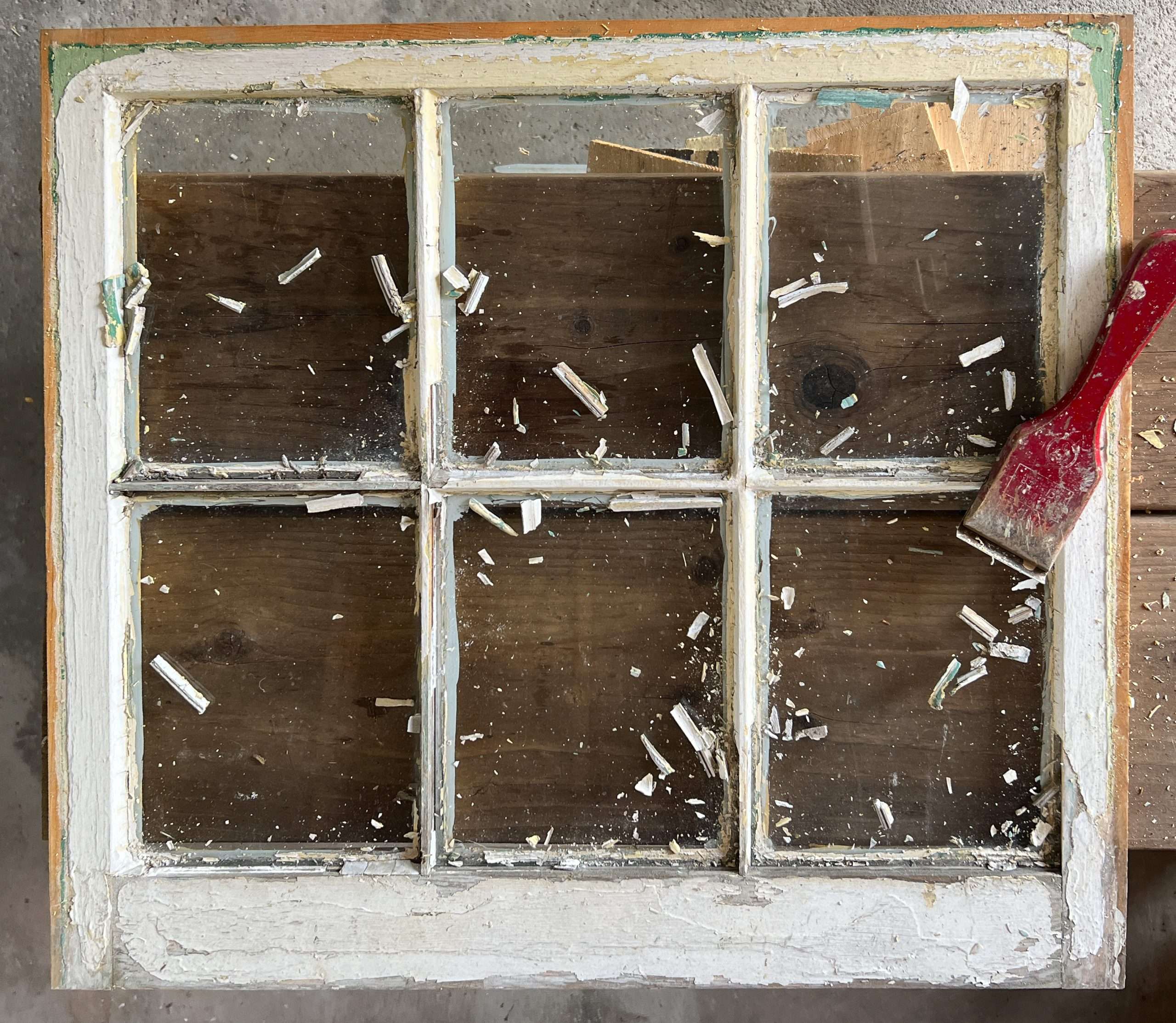 The thing that drew me to the Youtube tutorial that I followed was that the person did the reglazing in place and emphasized that you don’t need to remove all of the old putty. He stressed that if there is no oxygen getting into gaps and that the section was sturdy, there’s no need to remove it—you can just work around it. I’m not a perfectionist nor am I good at removing stuck-on compound, so this was a win. I took an old painter’s tool I had and picked away at the pieces that came off relatively easily. Eventually, I moved to a multi-purpose painter’s tool to finish the job since it seemed to work better. (Here’s the putty knife tool I used.)

2. Warm the compound and smush it into a ball. 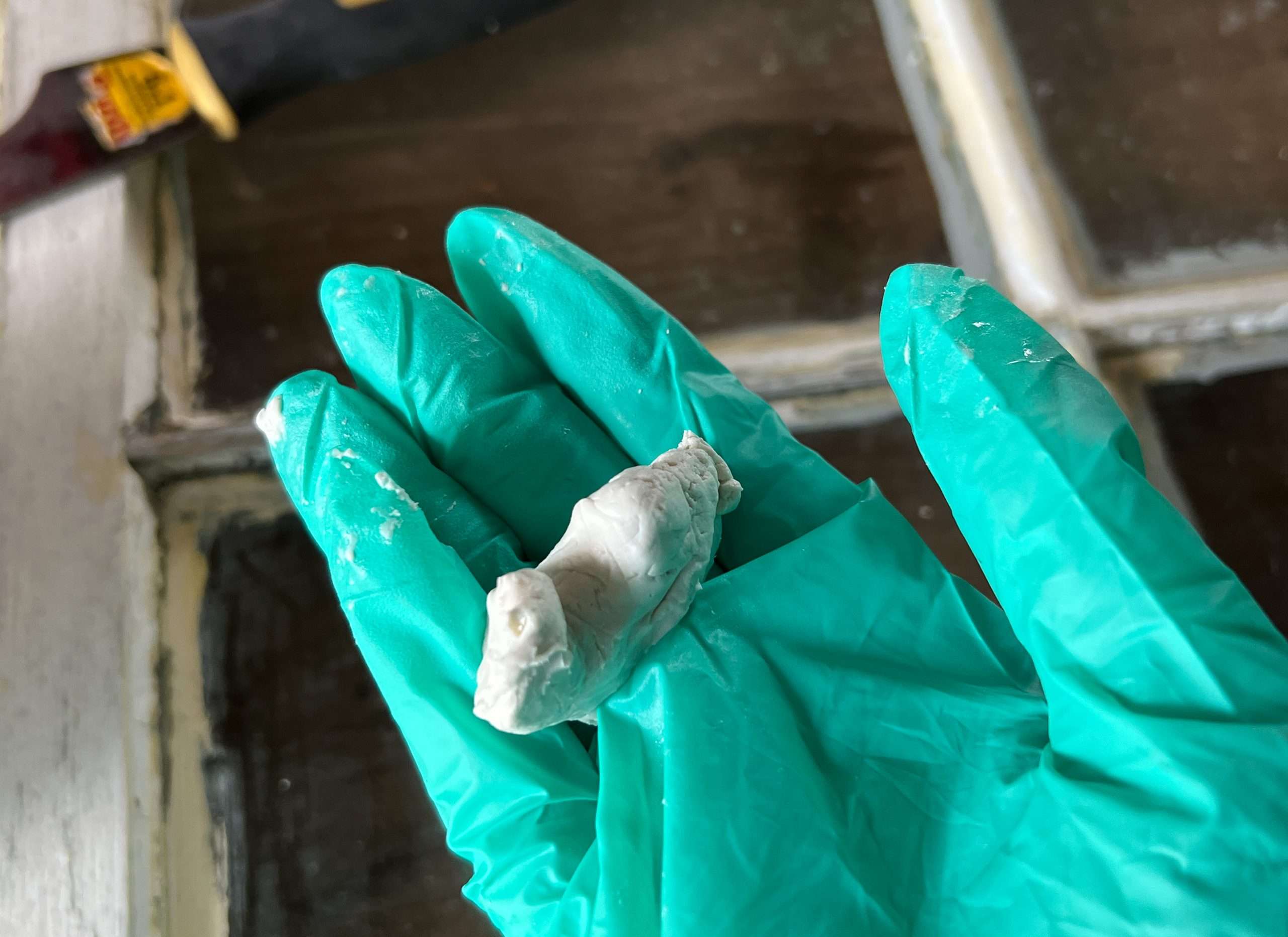 For the glazing compound to work well, I was told that you should warm it up in your hands. The expert used his bare hands, but I couldn’t really get over rubbing something that smelled pretty toxic all over my skin, so I opted for oversized latex gloves, which made the task a bit more challenging. The first thing that surprised me about this step was that (aside from the smell) the compound was very similar to play-doh. Honestly, it was fun to work with. (Here’s the compound I chose since it had good reviews.)

3. Press the compound into the corner using a 45-degree angle. 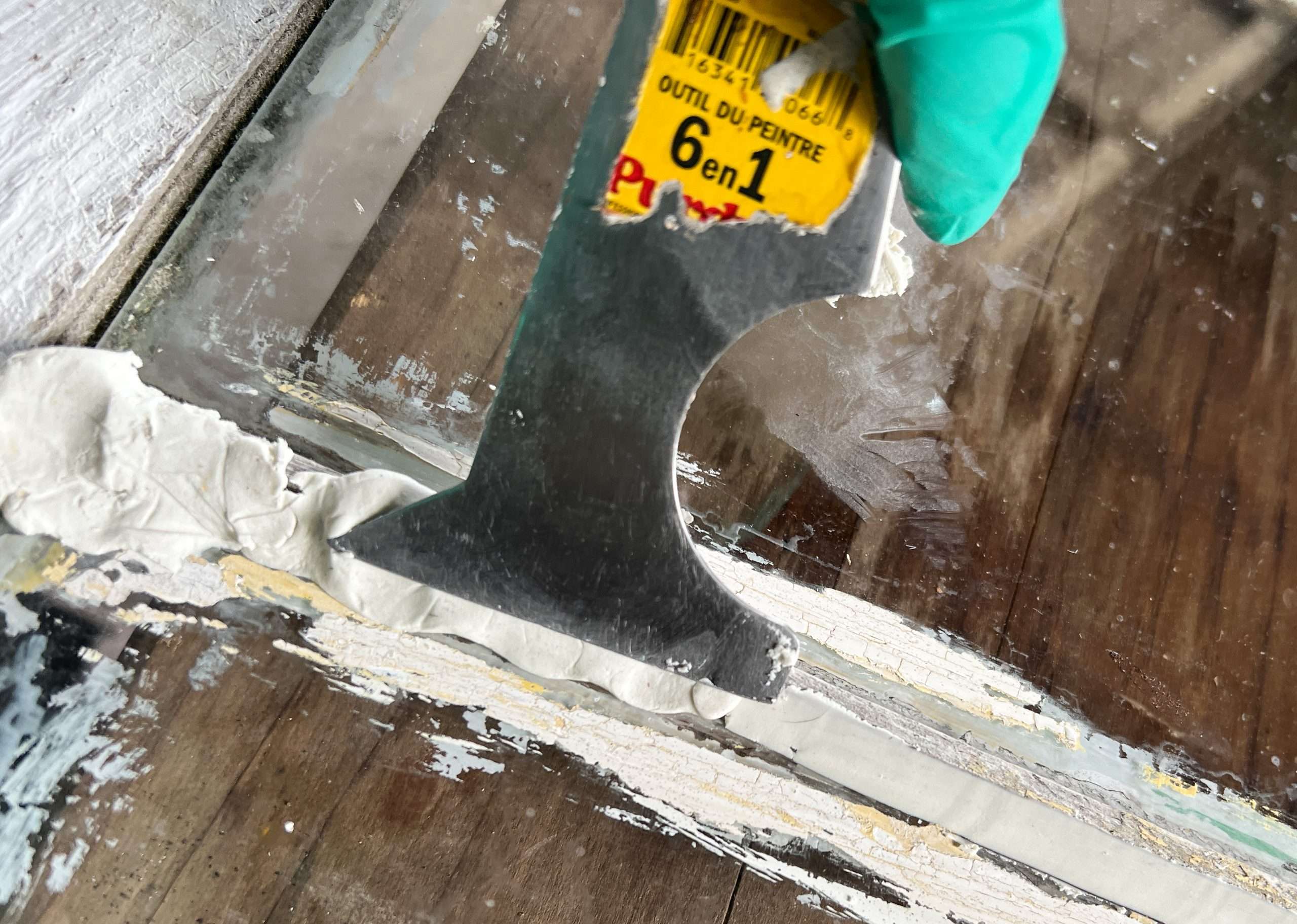 Here is where this tutorial got interesting. On Instagram, I had seen a bunch of people roll out the putty into a shape of a noodle and stuff it into the corners. This guy didn’t do that; instead, he smashed it into a ball, placed the ball on a ~2″ section, and used his painter’s tool at a 45-degree angle to push the putty into place and then remove some of the excess compound to get the basic shape we want. I ended up trying both methods (the noodle method first), and I found that this method made the next step a lot easier. Since I had the basic shape and had already cut off a lot of the extra compound, I was able to smooth the entire row without the putty getting stuck to the edge of the tool and coming undone.

4. Use one swipe to smooth the edges. 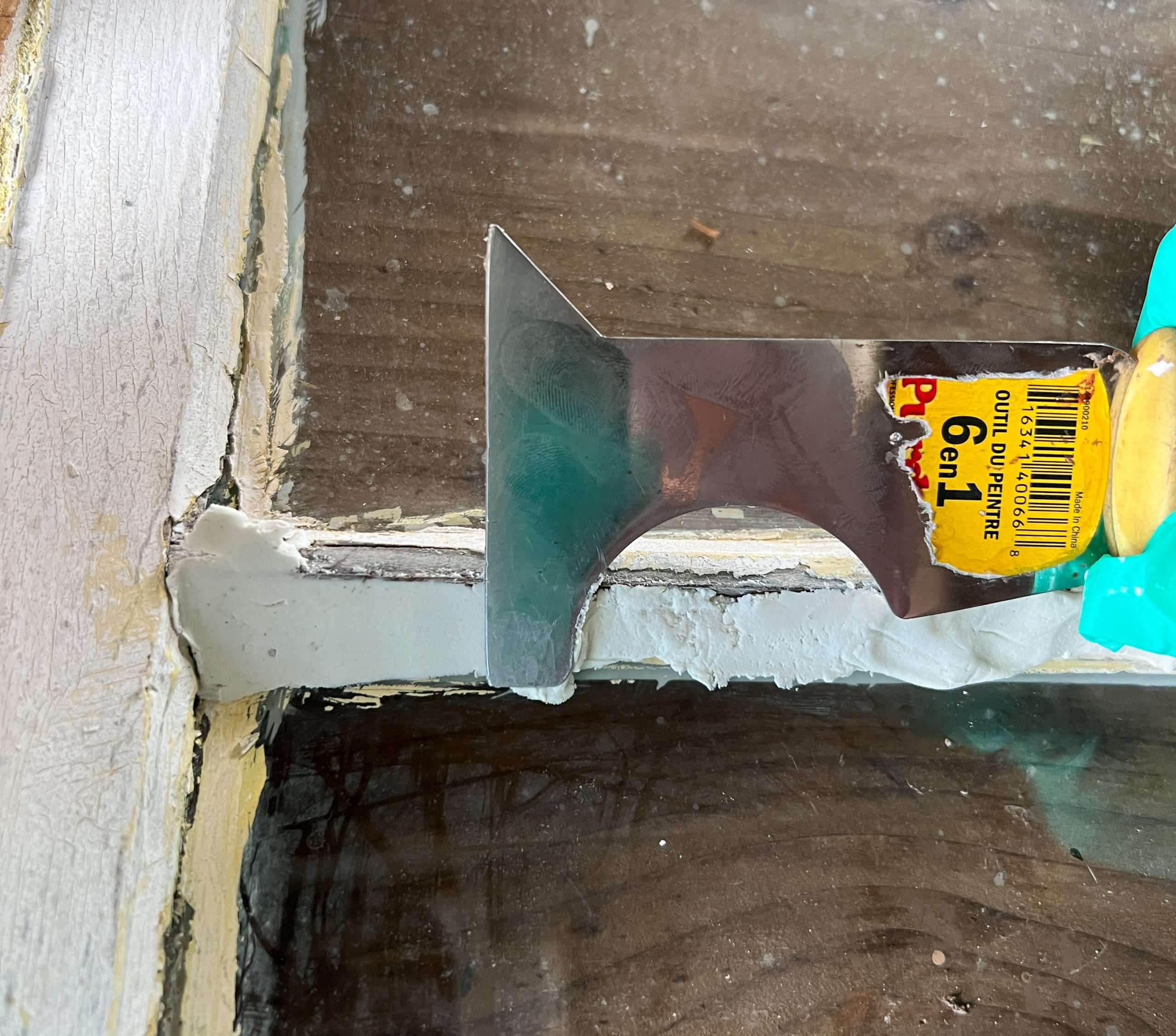 Watch the pro do this step in the Youtube video because I think seeing it in video form is helpful. It took me a few tries to get this smoothing step to work without a hitch, but I eventually got better at it. After several passes, this process became fun because I could smoothly glide along the edge without unevenness, ripping out the compound, or creating a bunch of inadvertent bumps and holes. My advice? Don’t use too much pressure—a light hand is best.

Is the finished glazed window perfect? Not really. But I am 100% satisfied with the results and so proud I can finally say that I can reglaze a window. Now I’ll let the putty set for a few weeks, then I’ll paint, clean up the glass, and convert these stationary windows into hinged casement windows. Stay tuned!

How to Clean Old Wood Furniture

How to Strip Paint on Wood

How to Clean Antique Brass With Household Products

How to Use Etsy Lists to Get Inspired

Chalk Painted Dresser Makeover Before and After