From the earliest days of transportation to their collectibility today, learn more about the worth of these nostalgic wintertime tools.

Lauren Thomann is a business owner, antique dealer, and freelance writer/editor with 16 years of experience and a B.A. in English and Linguistics. She specializes in antiques—mainly Victorian through Mid Century—antique jewelry, old house renovations, and lifestyle and home-related content. Click the link to learn more.
We hand-pick antiques for our readers and may earn a small commission if you buy something featured on this page. 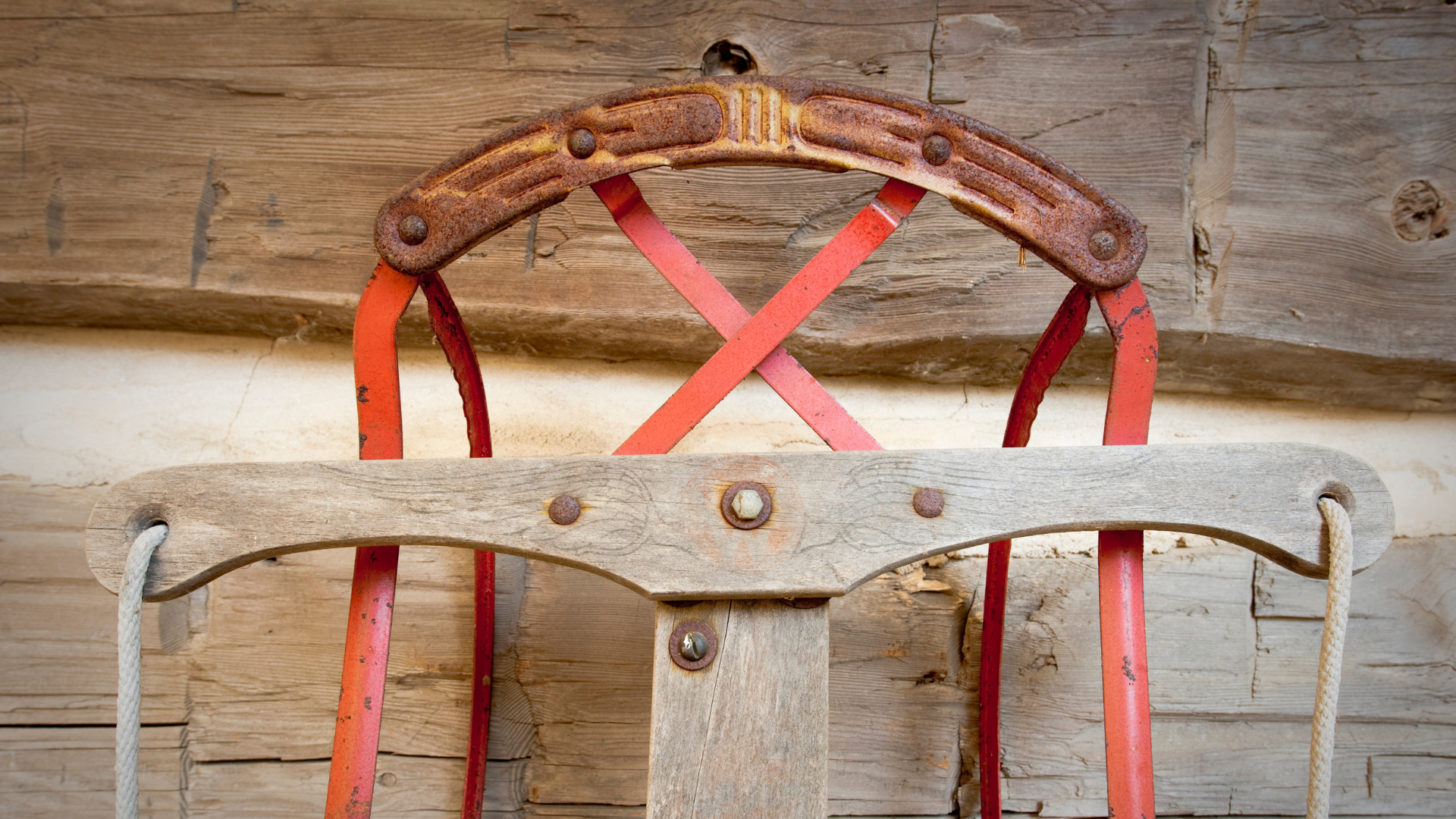 Flexible Flyer sleds have a long and storied history. Their simple yet elegant design has remained largely unchanged since the company was founded in 1889. These sleds are a beloved part of American culture and a valuable collectible for those interested in the history of wintertime activities. This article will explore the history, value, and pop culture significance of Flexible Flyer sleds.

Flexible Flyer sleds have a long and storied history. The company was founded in 1889 by Samuel Leeds Allen, who was a prolific inventor and entrepreneur. Allen’s original sled design, which featured a flexible wooden runner, was a huge success and quickly became the standard for sleds of the time.

In the years that followed, Flexible Flyer continued to innovate and improve upon its original design. The company introduced new models, such as the Flyer Toboggan and the Flyer Bobsled. These were designed for different types of sledding terrain and activities.

By the mid-20th century, Flexible Flyer had become one of the most well-known and respected sled manufacturers in the world. The company’s sleds were featured in countless Christmas catalogs and advertisements. In short, they were a staple of wintertime fun for generations of American children.

Flexible Flyer sleds are still made today. Fortunately, the company continues to use traditional woodworking techniques and high-quality materials to produce their sleds. Despite many technological advancements, Flexible Flyer remains committed to maintaining the integrity and quality of its original design.

Flexible Flyer sleds are made using traditional woodworking techniques and high-quality materials. The sleds feature a wooden frame, with runners made of flexible ash wood. The process of making a Flexible Flyer sled begins with the selection of the wood. Ash is usually chosen for its flexibility and durability, which allows the sled to glide smoothly over snow and ice. The wood is carefully cut and shaped into the desired shape. It’s then joined together using traditional mortise and tenon joints.

Once the frame of the sled is complete, the runners are added. These are made from thin strips of ash wood that are carefully bent and shaped to form the distinctive curved shape of the Flexible Flyer runner. The runners are then attached to the frame using screws, bolts, and other hardware, ensuring a strong and secure connection.

In addition to using ash wood for the runners, Flexible Flyer also uses other types of wood. The frame of the sled is typically made of hardwood such as oak or maple, which provides the necessary strength and durability. Other woods, such as cherry or walnut, may be used for decorative elements or accents on the sled.

Flexible Flyer sleds are highly sought after by collectors and enthusiasts alike. Due to their enduring popularity and high-quality construction, these sleds are often considered a worthwhile investment. However, the value of a Flexible Flyer sled can vary depending on a number of factors, including its age, condition, and rarity.

In general, vintage Flexible Flyer sleds from the early 20th century are considered more valuable than more recent models. These sleds are highly sought after by collectors and can command prices in the hundreds or even thousands of dollars.

Finally, the rarity of a Flexible Flyer sled can also affect its value. Sleds that were only produced in small numbers or that are otherwise hard to find can be worth significantly more than more common examples.

Flexible Flyer sleds have made many appearances in popular culture over the years. They usually serve as a symbol of childhood innocence and the joys of wintertime. In the classic holiday film, A Christmas Story, the main character, Ralphie, and his friends are seen sledding down a hill on their Flexible Flyer sleds. Their cheeks are rosy and their eyes bright with excitement.

Another notable use of a Flexible Flyer sled in pop culture can be found in the iconic Norman Rockwell painting Sledding. The painting was featured on the cover of the Saturday Evening Post in 1948. It depicts a group of children joyously sledding down a snow-covered hill, with a Flexible Flyer sled at the forefront.

In the classic film Citizen Kane, there is a brief but memorable scene in which the main character, Charles Foster Kane. He is seen as a young boy sledding down a snowy hill. The Rosebud sled he is riding on is not explicitly identified as a Flexible Flyer, but it appears to be a similar type of sled with distinctive curved runners.

This scene is significant because it showcases the timeless appeal of sledding as a wintertime activity, and the enduring popularity of sleds like the Flexible Flyer. Despite the many technological advancements and changing cultural attitudes that have occurred over the years, the simple joy of sliding down a snowy hill on a sled remains a beloved pastime for people of all ages.

In addition to its nostalgic appeal, the sled in Citizen Kane also serves as a symbol of Kane’s childhood innocence. Eventually, he loses that innocence as he grows older and becomes more jaded and cynical. This adds another layer of meaning to the scene and showcases the versatility and power of the sled as a storytelling device.

Blue Willow China: All About This Timeless Classic