Uncover the timeless beauty and artistic brilliance of Alphonse Mucha's most celebrated posters. 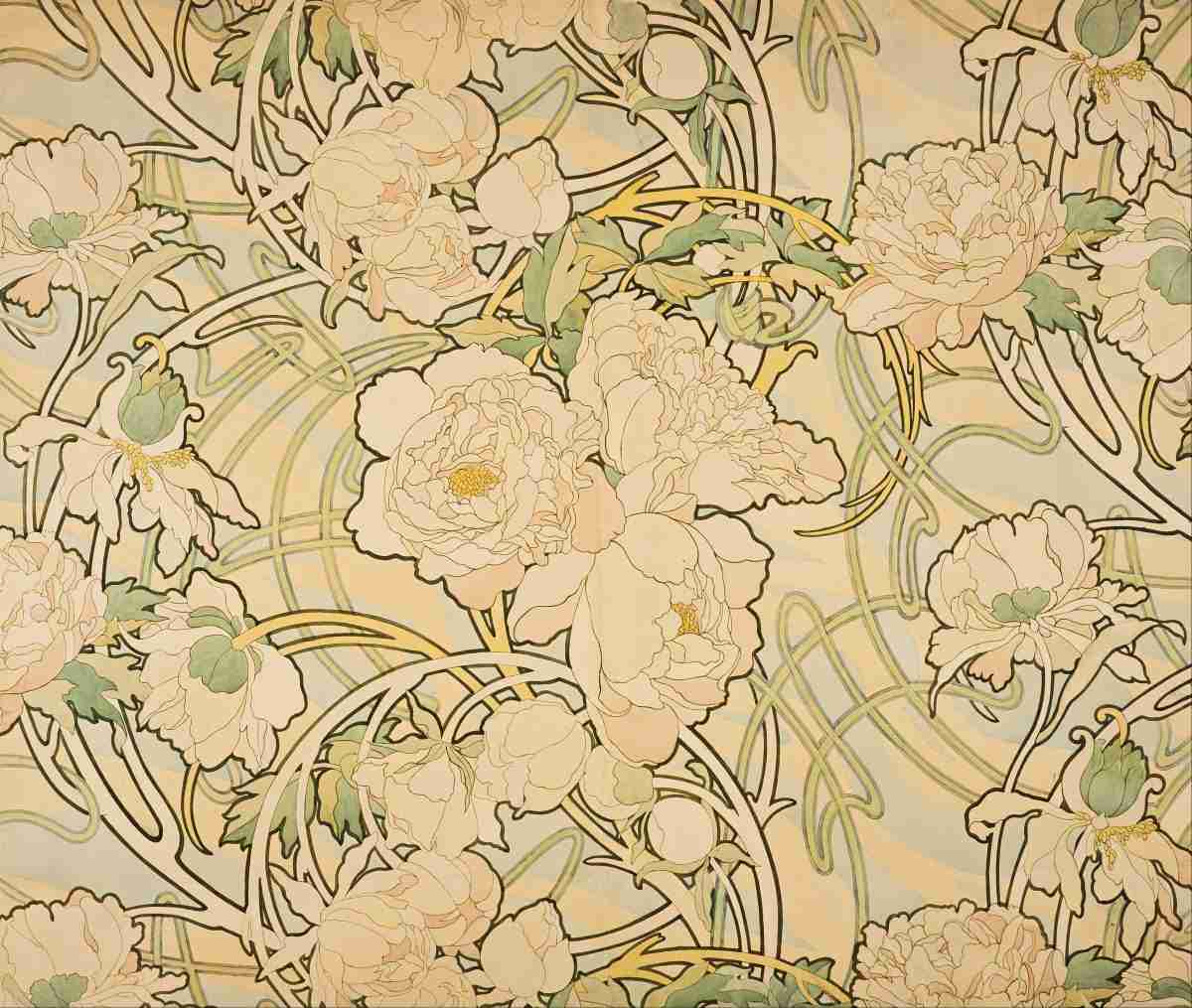 Alphonse Mucha (1860-1939) was a Czech artist best known for his Art Nouveau style, which was popular in the late 19th and early 20th centuries. Mucha was born in Ivancice, Moravia (now the Czech Republic). After studying in Munich and Paris, he made his name as an illustrator. He worked for newspapers and magazines in Paris and designed posters and advertisements for the theater and various companies.

Mucha’s work is characterized by a focus on ornate details and a highly decorative style. He often used bright, vibrant colors and incorporated elements of nature, such as flowers and foliage, into his compositions. He typically depicted his figures in flowing, graceful poses and included symbolism and allegory. Discover the beauty and elegance of Alphonse Mucha’s Art Nouveau posters, considered some of the movement’s most iconic and enduring works.

1
The Lady Of The Camellias

Mucha’s posters generally featured elegant, flowing lines and highly stylized figures, and actress Sarah Bernhardt was the muse for many of them. For example, Mucha designed The Lady of the Camellias poster in 1896 with Bernhardt front and center. It was made to advertise the play of the same name and exemplifies Mucha’s Art Nouveau style with its sinuous lines and delicate colors.

Alphonse Mucha designed the poster, Biscuits Lefèvre-Utile, also known as Maiden with a Basket of Croissants, in 1896 for the French biscuit manufacturer Lefèvre-Utile. Critics consider the work one of the most iconic and recognizable examples of Mucha’s Art Nouveau style and is an important work of the Art Nouveau movement.

Mucha created the Job poster in 1896 as an advertisement for Job cigarette papers. The poster is characterized by its striking color palette and the use of curves, floral motifs, and a Byzantine-inspired patterned border. Mucha captured the model’s refined features and elegant pose, perfectly portraying the message the poster intended to convey (that smoking is elegant—yuck).

Mucha designed the Gismonda poster in 1894. It was created as an advertisement for the play of the same name. The poster was inspired by Sarah Bernhardt, the star of the play, who played Gismonda. Interestingly, playwrights wrote the entire play specifically for her

Zodiac by Alphonse Mucha is a stunning decorative panel created in 1896 for Champenois printers. It was first intended as an internal calendar for the company. It features 12 astrological symbols arranged in a circular halo behind the head of a woman. This elegant piece caught the attention of Léon Deschamps, the editor-in-chief of “La Plume” magazine. He subsequently acquired the rights to distribute it as their calendar for the following year, 1897.

What Is Art Deco Design? Plus How To Add It to Your Home

The Most Popular Depression Glass Patterns

5 Rare Types of Antique Photos You Should Collect