Blue Willow China: All About This Timeless Classic

From its origins in Staffordshire to its enduring popularity, Blue Willow china is an exceptional dining collectible. 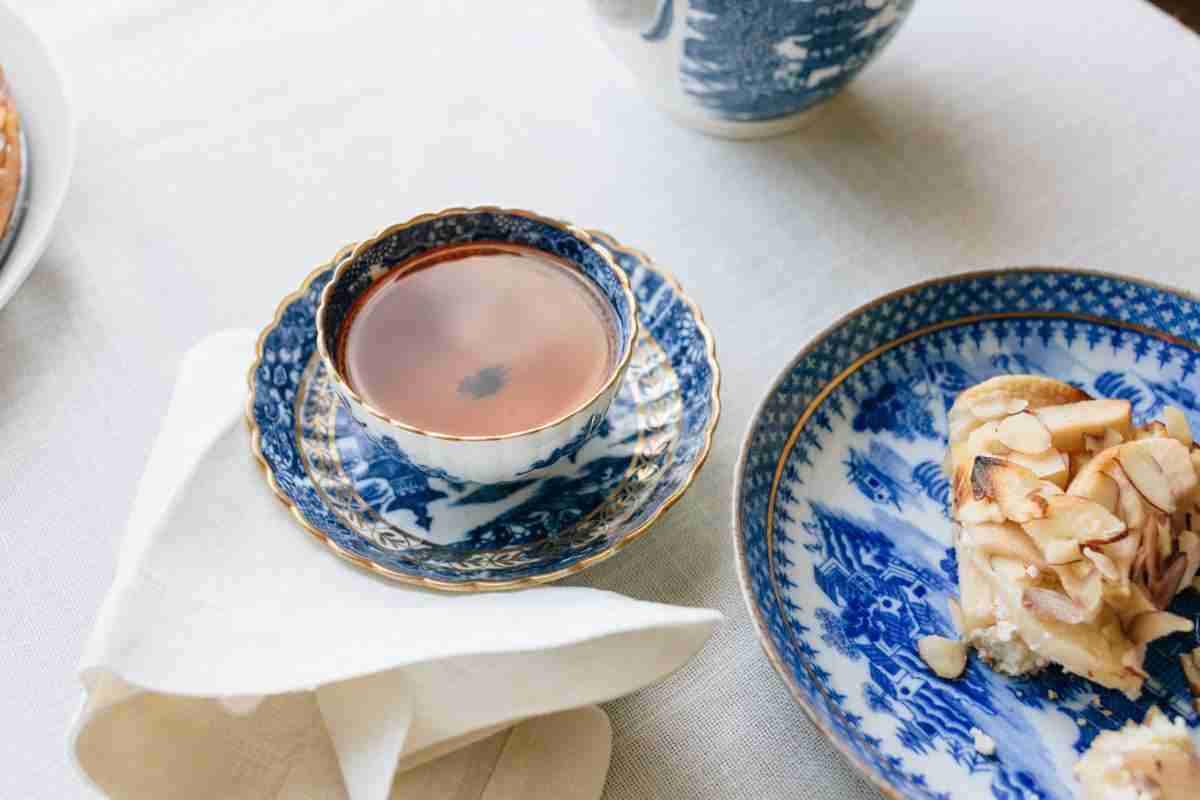 Blue Willow china is blue and white willowware depicting a willow tree, a bridge, and two doves. Collectors have loved this classic pattern for centuries, and many manufacturers still produce it. With its beautiful design and cultural significance, this type of china has a wide range of values. Here’s everything you need to know about the antique and modern takes on this classic.

Blue Willow is believed to have originated in England in the late 18th century. The exact date of its invention is unknown, but it is thought to have become popular around 1790. The design was inspired by a Chinese legend and features a scene of two lovers separated by a river, with a willow tree and a bridge connecting them. The blue and white color scheme is also derived from Chinese porcelain.

The Chinese fable is about a wealthy merchant who falls in love with a poor maiden. When their families forbid them from being together, the couple runs away and are transformed into doves that live happily ever after under a willow tree.

This china pattern became popular in Europe and America somewhat simultaneously. In Western cultures, people see the pattern as a symbol of true love and fidelity. They even used it as a wedding china pattern throughout the 19th century.

The pattern has been reproduced by many different potters over the years—and it’s still made today. Willow china (or Willowware) is a significant collectible because it reflects the historical exchange of goods and ideas between different cultures. In this sense, the pattern symbolizes the world’s interconnectedness and how different cultures have influenced one another throughout history.

The value of Blue Willow china can range from a few dollars for a mass-produced piece in poor condition to several thousands of dollars for a rare, vintage piece by a well-known manufacturer in excellent condition. Remember, the value varies depending on the piece’s age, state, and rarity.

When appraising this pattern, it is important to consider not only the age and condition of the piece but also the manufacturer and any unique features it may have. A piece with a rich history and a high level of craftsmanship is likely to be more valuable than a newer, mass-produced piece without any distinctive features.

For example, older pieces, particularly those made in the 18th and 19th centuries by manufacturers like Spode and Johnson Brothers, can be worth thousands of dollars. A complete set of 18th-century willowware by Spode would be worth even more at auction.

Even newer pieces can hold some value. This is especially true if they are part of a complete set or have unique features. For example, a limited edition set produced in the 21st century by Churchill China, with each piece hand-painted by a skilled artist, can be worth a significant amount to collectors.

Blue Willow china has been produced by many different manufacturers over the years. Here are some of the most well-known manufacturers (most of which are still in business in some capacity):

Over the years, manufacturers produced this pattern with several variations and designs. Here are some examples to explore while researching:

While both flow blue and blue willow china are types of blue and white dishware, there are some critical differences between the two.

Flow blue china is characterized by a soft, hazy blue color that appears to “flow” over the piece’s surface. This effect is created by a chemical reaction that occurs during the glazing process. The result is a somewhat uneven coloration. Flow blue china is often decorated with floral or scenic patterns and was popular in the 19th and early 20th centuries.

On the other hand, Blue Willow china has a crisp, clear blue color and is decorated with a specific pattern. Unlike flow blue china, which is known for its soft, blurry color, willowware is known for its precise, detailed designs. Both types of china are collectible and can hold value. However, the differences in their appearance and history make them distinct from one another.

How to Collect Blue Willow China

For those who love Blue Willow china, the annual conference for collectors is a must-attend event. The event is held in a different city each year since 1986. More importantly, the conference brings together collectors from all over the world to share their passion and learn from experts in the field.

The conference features a range of activities, including lectures and seminars on the history, value, and care of this collectible, as well as a large exhibit hall where collectors can buy, sell, and trade pieces from their collections. There are also social events, such as dinner parties and cocktail receptions, where collectors can meet and mingle.

Attending the annual conference is a great way for collectors to learn more and to connect with others who share their interests. It is an opportunity to expand your knowledge, grow your collection, and make lasting friendships with other enthusiasts.

What Is Carnival Glass? An Identification Guide for Beginners