A Christmas Story Leg Lamp: A Look at Its History and Design

The leg lamp is a beloved and iconic movie prop with fascinating symbolism and significance within the film. 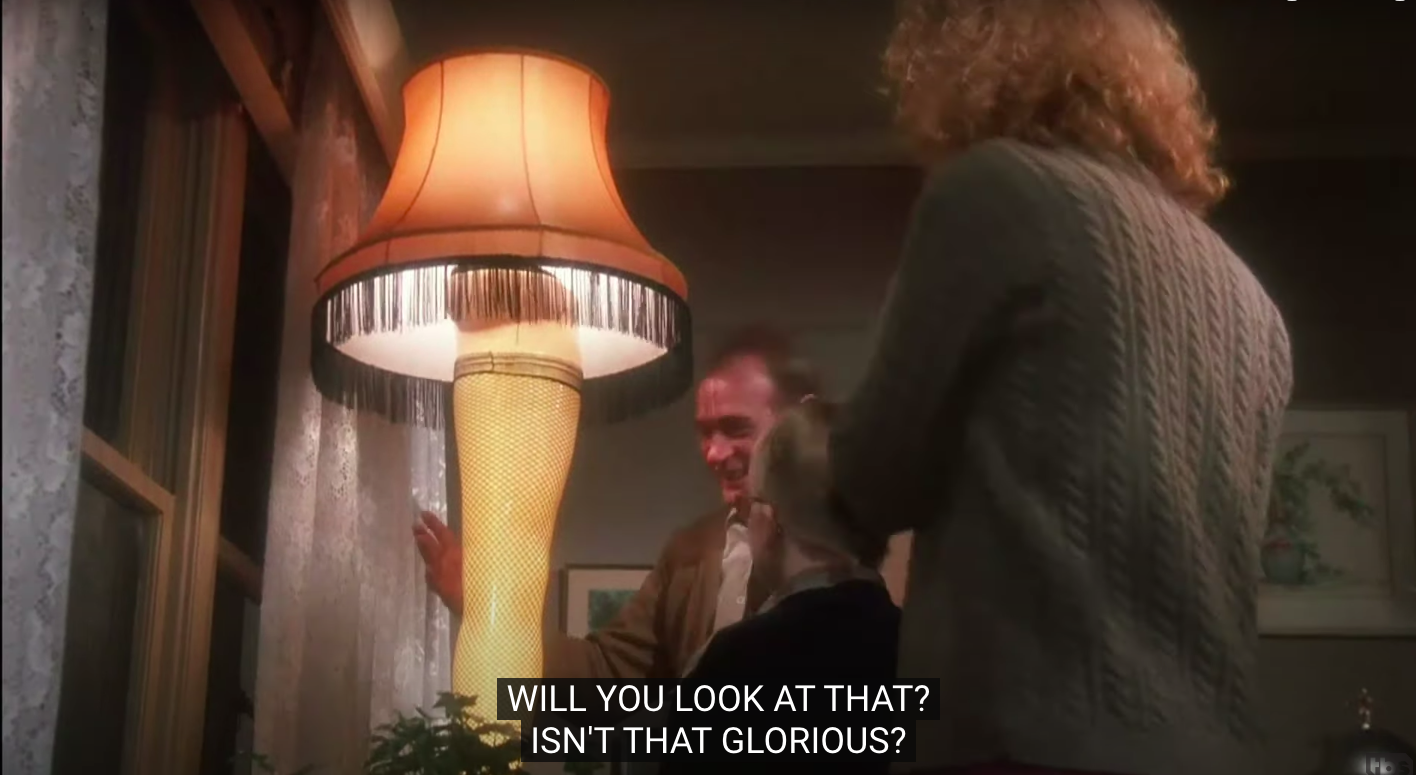 The film was released in 1983 and took place in the fictional town of Hohman, Indiana. It is based on the semi-autobiographical stories of Jean Shepherd, who grew up in Indiana in the 1940s. In short, the movie follows the adventures of Ralphie, a young boy who desperately wants a BB gun for Christmas.

At some point, Ralphie’s father is very proud of this leg lamp and is constantly extolling its virtues. He describes it as a “major award” and a “genuinely exotic” piece. He also talks about how it is “fra-gee-lay” and will make their house “the envy of the neighborhood.” Undoubtedly, the father is enthusiastic about the leg lamp and sees it as a symbol of his success and individuality.

The leg lamp prop was between 45-50″ tall and much more significant than most replicas. It was not a real product that could be purchased back in the 1940s when the film was set. Instead, head production designer Reuben Freed created the vision of the screenplay writer, Jean Shepherd.

Initially, Shepherd was inspired to create the leg lamp after seeing a Nehi Soda advertisement. In 1966, Shepherd wrote about the leg lamp in his novel In God We Trust: All Other Pay Cash! This was the first time the leg lamp was described in detail, and it later appeared in the 1976 PBS film The Phantom of the Open Hearth.

For A Christmas Story‘s leg lamp design, Freed was still determining exactly what it should look like, so he presented several sketches to Shepherd. Shepherd approved one of the designs and Freed then created three leg lamps for the movie. Unfortunately, none of the original leg lamps survived production. All that remains are vintage and contemporary replicas selling under $50 for a miniature version and around $200 for a life-sized version.

The leg lamp is a significant symbol in the movie because some critics think it represents extravagance and materialism. It also serves as a representation of the father’s struggle to assert his individuality and break free from the constraints of societal norms.

The leg lamp becomes a source of conflict and tension within the family. The mother and children are embarrassed by its garishness, and the father is fiercely proud. Ultimately, the leg lamp might illuminate the idea that true happiness and fulfillment come from within. In most cases, material possessions are not the key to a happy life.

How to Get Used to Working from Home

1920s Winter Fashion: How to Dress Like a Flapper When It’s Cold

Can You Be a Minimalist and an Antique Collector?

Airbnb Tips for New Hosts to Get Five Star Reviews

How to Cultivate a Peaceful Home

Collecting vs. Hoarding: Understanding the Difference